In New York City, there are millions of private apartment units and hundreds of thousands of public units managed by the New York City Housing Authority (NYCHA). The NYCHA is the largest public housing authority in North America. It was created in 1935 to provide decent, affordable housing for low and moderate-income New Yorkers. However, 296 out of its 316 developments are 30 years or older. Obviously, there are many old buildings with serious issues. Many collapses are caused by water leaks that do not get fixed. Also, ceiling collapses can happen due to faulty construction, poor roof maintenance, storm damage, among other causes.

Thank goodness the boy mentioned in the Brooklyn ceiling collapse is fine. His injuries are minor. However, others are not so lucky. Victims of a ceiling collapse can get head and neck injuries – and in some cases severe brain injuries or death. Likewise, they can suffer injuries to other body parts including limbs and organs. These injuries can impact a victim’s life for years. Not only can one’s quality of life be negatively impacted, but medical bills and lost wages can also pile up.

Most of the time, a victim of a ceiling collapse has a solid case. This is because a ceiling does not collapse for no reason. And the reasons that we previously mentioned are common and should have been addressed by the landlord. This is especially true if you already complained to your landlord. Maybe you saw and reported wet spots, cracks, or a sagging ceiling.

Regardless, if your ceiling collapses, take pictures and call us. We can help you determine if you have a case and the best path forward. We will protect and fight for your rights. As always, get medical attention immediately for your injuries. 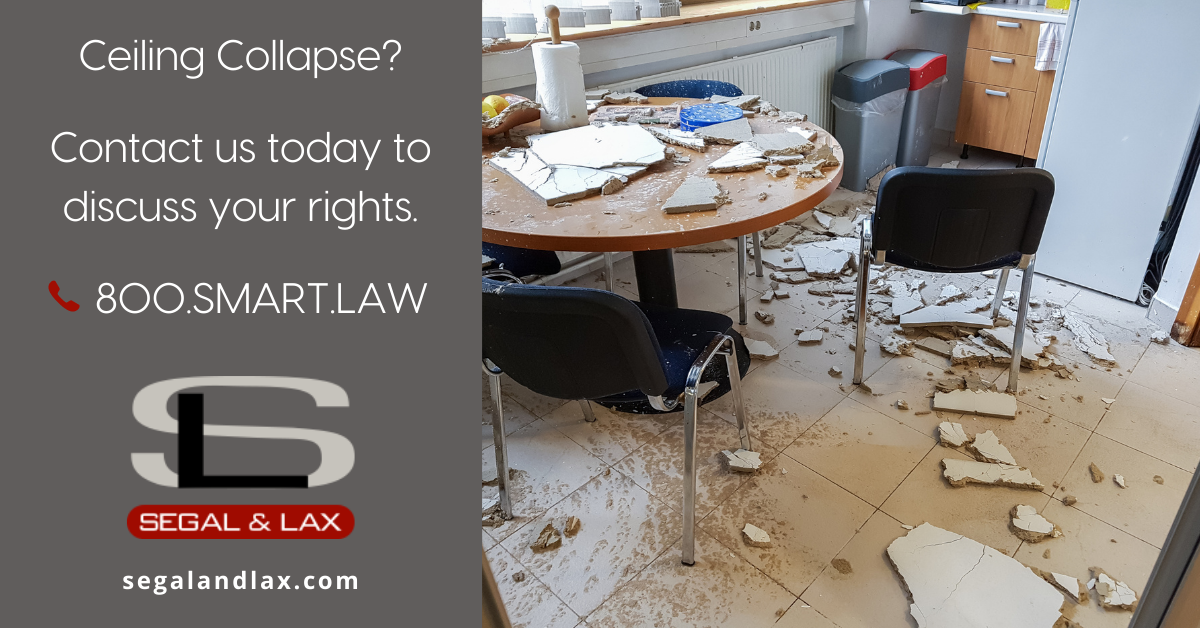